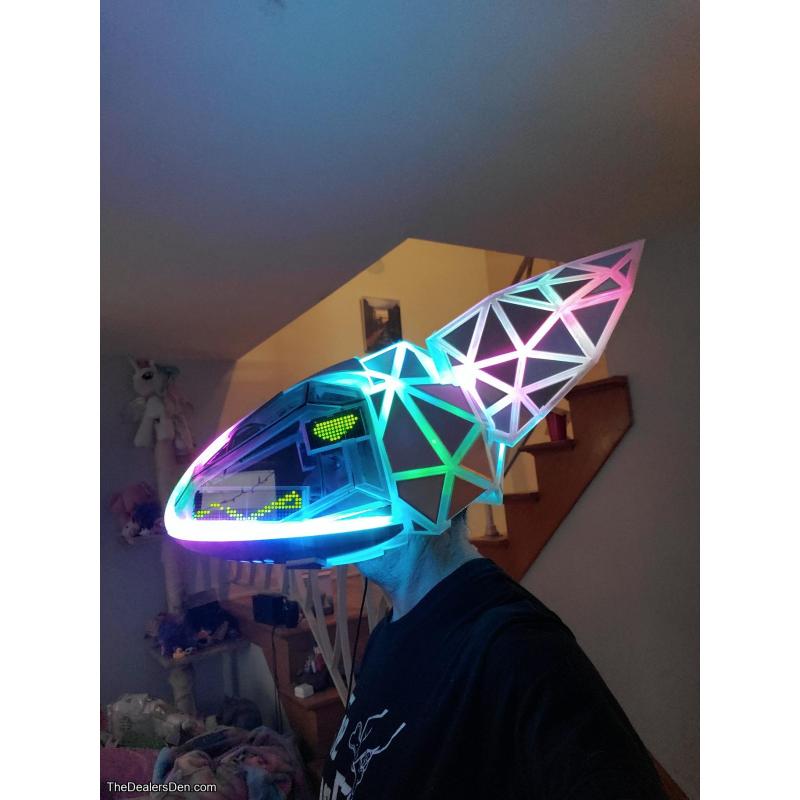 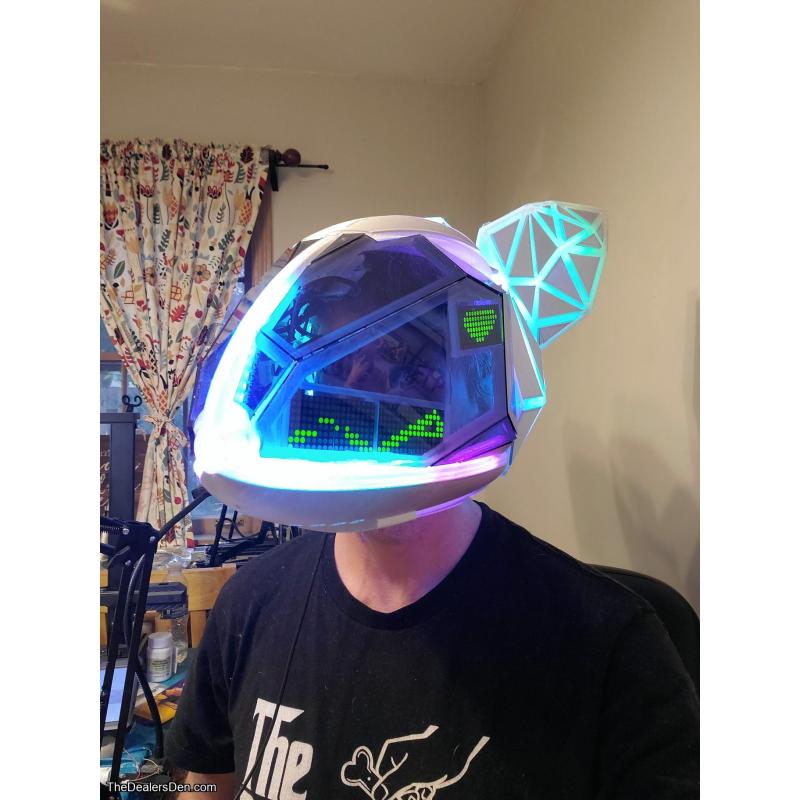 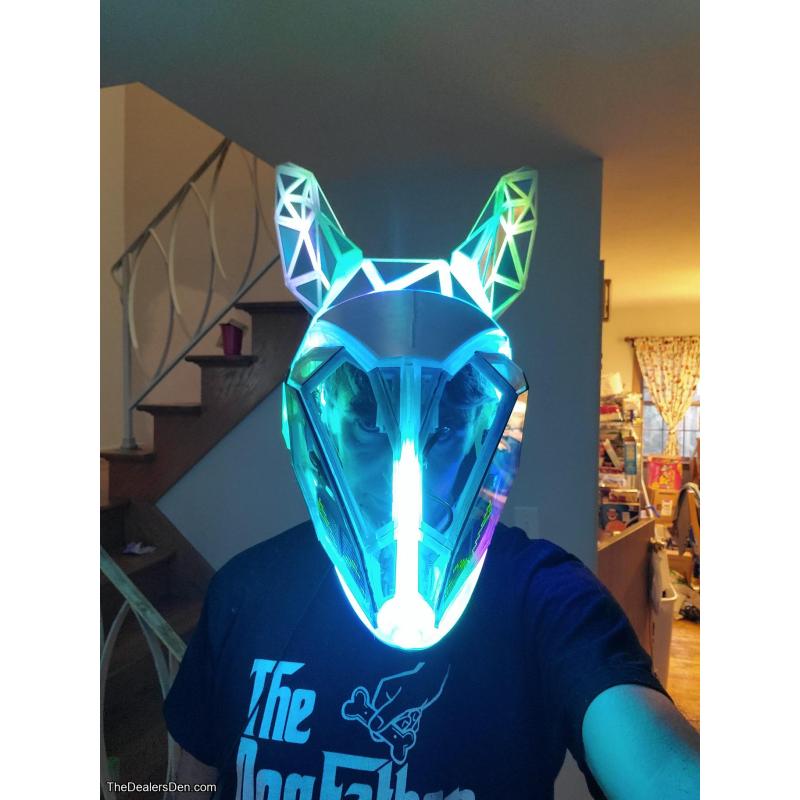 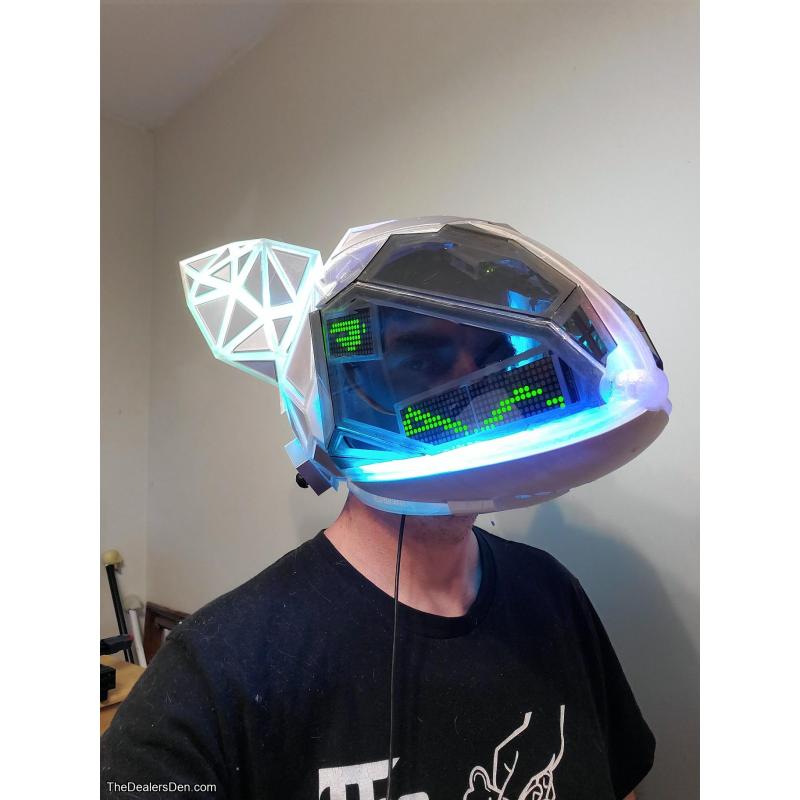 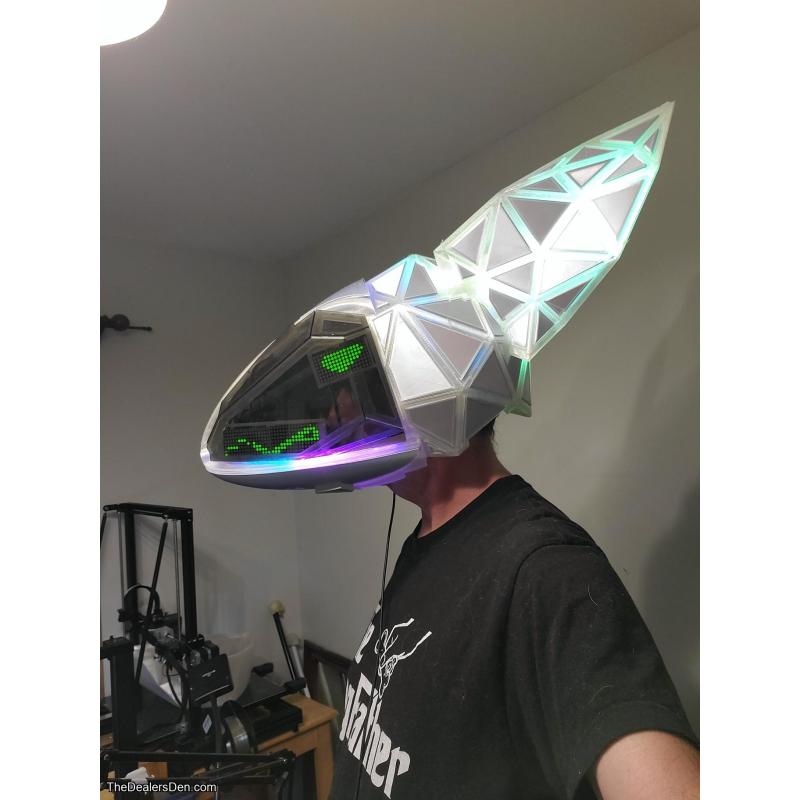 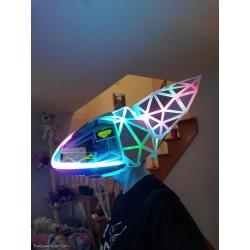 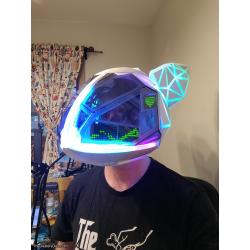 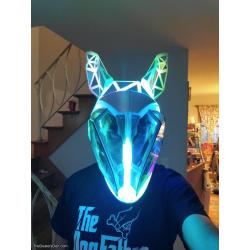 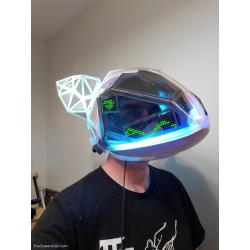 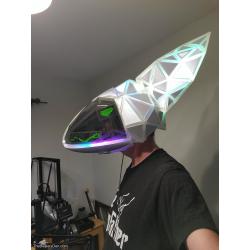 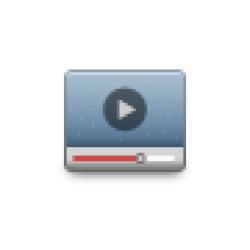 No bids posted.
The listing has not been sold.

The visor features a unique "cut gemstone" low-poly design made of tough darkened acrylic, not the usual thin vacuum-formed plastic.

Separate microcontrollers run 512 green LEDs for the face, and 700 multicolored "neopixels" for the head and ears. A small but powerful fan is built in for ventilation.

Wi-Fi control allows you to change the animation patterns, and a built-in code editor allows the adventurous to change them and even code entirely new ones.

There is a button to change facial expressions.

The prototype for this unit--not even as cool as this one--attracted universal love and admiration at Anthrocon, one of the largest furry conventions in the world. You will turn heads wherever you go wearing this.

It is a true work of art, unmatched in the furry fandom.

DM for postage rates. Thanks for looking!

Sign in to ask the seller a question.
No listings found.